Journey along the Brahmaputra valley

Journey along the Brahmaputra valley 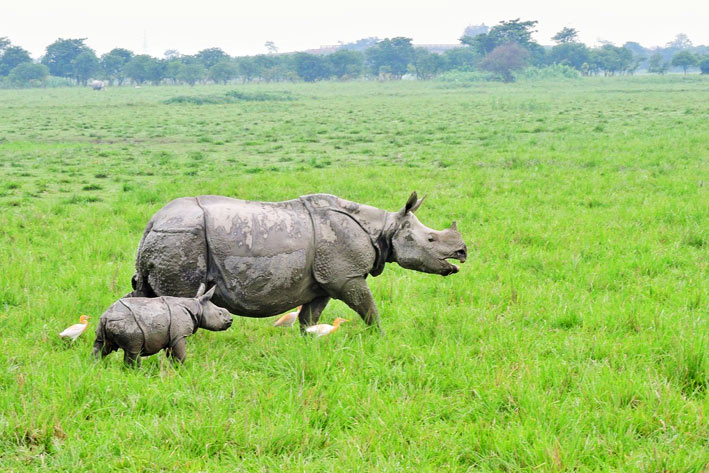 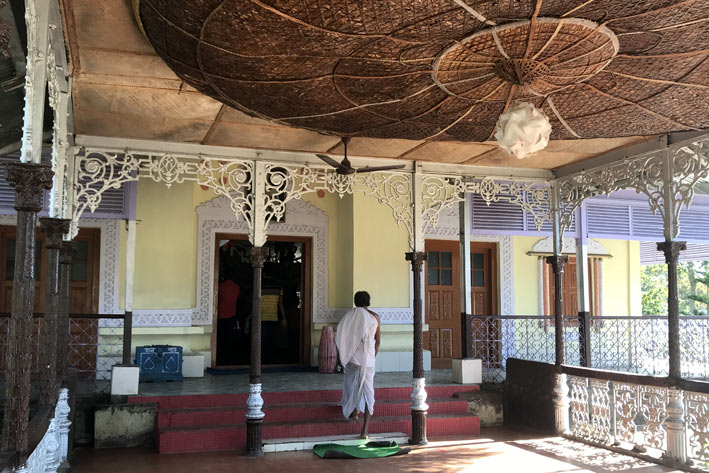 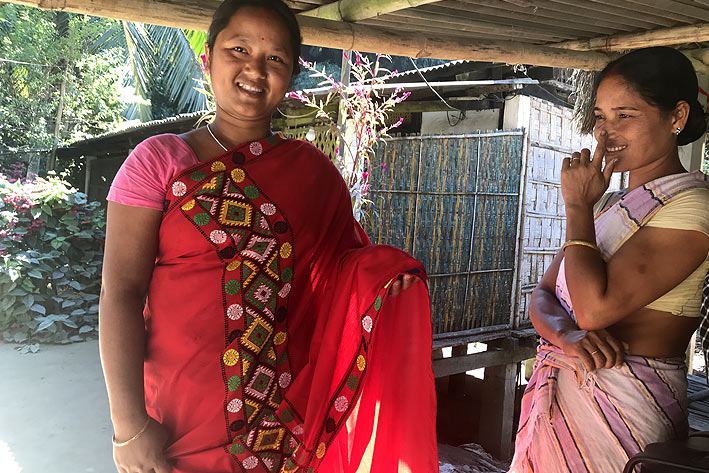 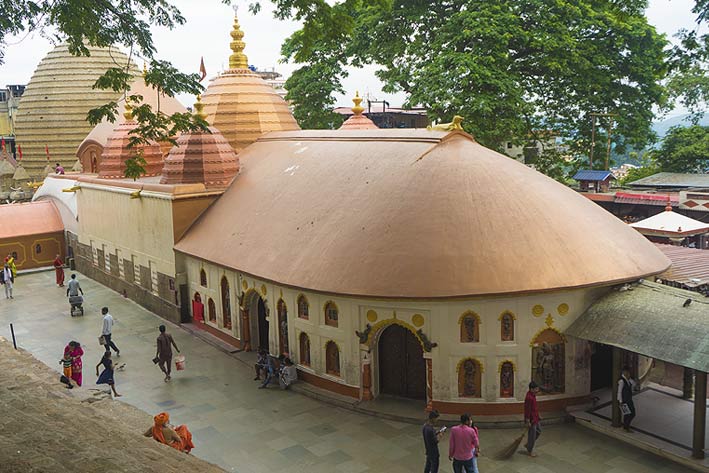 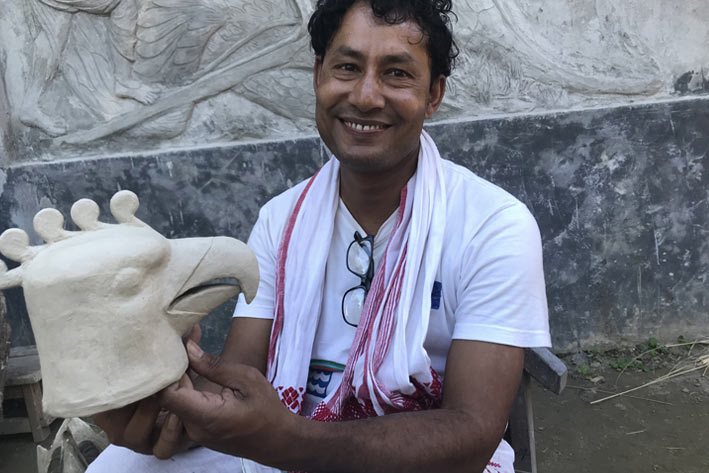 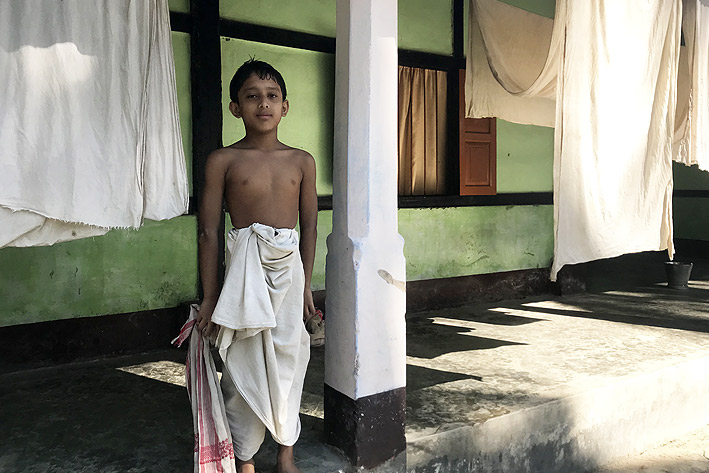 This 12-day trip takes us to the main places of interest of Assam. We will start this tour in Guhawati, the capital of Assam, then continue to the Kaziranga Park, home to two-thirds of the great single-horned rhinos in the world.  We will then take the ferry to the island of Majuli, where we will visit the ‘Satras’, the monasteries of the artist monks, then we will return to Guhawati via Sivasagar, the ancient kingdom of the Ahom rulers.

Majuli is a river island of about 400 kilometers formed by the rivers Brahmaputra, Kherkutia Xuti and Subansiri.  It is home to many indigenous peoples, mainly the Misings, Deoris and Sonacals Kacharis and has a unique feature in India: the ‘Satra’ or ‘Ekasarana Dharma’ monasteries that practice what is called the ‘neo-vishnouite’  Assamese culture was initiated around the 15th century by Srimanta Sankardeva and his disciple Madhavdeva.

Srimanta Sankardeva was a scholar, poet, playwright and socio-religious reformer; he introduced Vishnuism as a social reform that can be expressed in particularly through the arts.  He conceived, from old traditions, new artistic forms in the field of music (Borgeet), theater (Bhaona), dance (Sattriya), and literary language (Brajavali).

Of the 65 original satras, 31 are still active in Majuli.  Interestingly, each 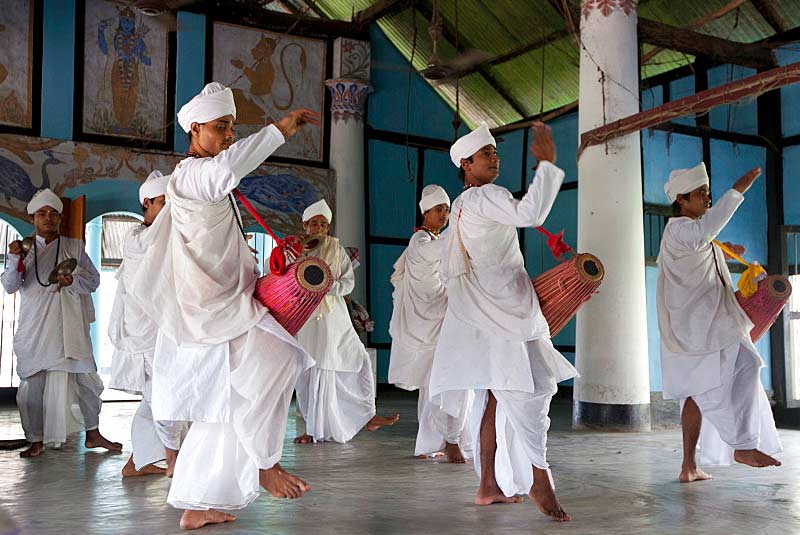 Journey along the Brahmaputra valley €1000

A smooth 9-day journey along the sacred Brahmaputra River, from Guhawati, the capital of Assam, to Majuli, the island of the dancing monks and via Kaziranga, the sanctuary of the one-horned rhinos.
9 days 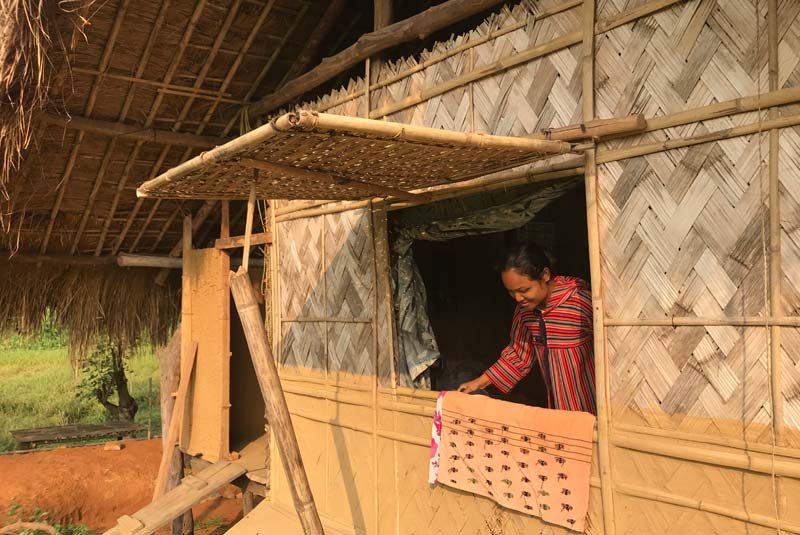 Stay in Chandubi Lake with the Rabha community €600

Stay in a small village on the shores of the Chandubi lake within the Rabha community, housed in traditional bamboo huts surrounded by the beautiful lush landscapes and deep forests.
5 days
Day 1

Arrival in Guhawati, capital of Assam

Namaste! We warmly welcome you at the Guhawati Airport and drive you to your hotel. Overnight in Guhawati.
Day 2

After breakfast, we will walk on the banks of the river Brahmapoutre to attend the fish auction, a unique moment during which you can experience the river life. Then, we will drive you to the famous Kamakhya temple, a Hindu pilgrimage site dedicated to the Shakti or universal feminine energy. We will also visit the Navagraha temple dedicated to the nine great celestial bodies of Hindu astronomy. After lunch, we will leave for Hajo, 24 km from Guhawati, an ancient pilgrimage site on the banks of the Brahmaputra. The area is dotted with beautiful ancient temples. Overnight in Guhawati.
Day 3

We leave for Kaziranga, a natural reserve dedicated to the one-horned rhinoceros. The sanctuary, home to two-thirds of the world's one-horned rhinos, is a UNESCO World Heritage Site. there are about 1600 rhinos and many other protected species such as tigers and Asian elephants. overnight in a resort in Kaziranga Reserve.
Day 4

After breakfast, we will go by jeep to explore the Kaziranga reserve. The visit lasts about 2 hours. After lunch, free time. Overnight in a resort in the Kaziranga Reserve.
Day 5

We leave for Jorhat where we will take the ferry till the island of Majuli. During the boat journey, you will be able to admire the beautiful landscapes of the delta sitting among the inhabitants of the island. After an hour of cruising, we take the road to our guesthouse nestled in wild nature. Overnight in Majuli.
Day 6

We will spend this day visiting the most important 'satras', the Vishnouite monasteries: Uttar Kamalabari satra, center of art and classical studies, Satra de Auniati known for its songs in congregation (palnam) and its dances, Chamaguri satra, which makes the masks used for the performances of 'Bhaona', a form of popular theater. Overnight in Majuli.
Day 7

After breakfast, we will visit the villages of different indigenous peoples of the island, including the misings, and discover their crafts. Overnight in Majuli.
Day 8

After breakfast, we will take the ferry to Jorhat and then we will head to the city Sivasagar, which was the capital of the Ahom kingdom from 1699 to 1788. The Ahoms ruled Assam for six centuries, until their kingdom fell into the hands of the Burmese in 1819 and that their ruling class was virtually destroyed. The Ahoms rulers, however, left behind wmany beautiful monuments. After the visit, we return to Jorhat where we will spend the night.
Day 9

We will take the road early in the morning for the longest leg of the trip. We arrive in Guhawati in the early evening. End of the trip. Looking forward to meeting you again. Namaste.