Tamil Nadu to Kerala by the coastal road

Tamil Nadu to Kerala by the coastal road 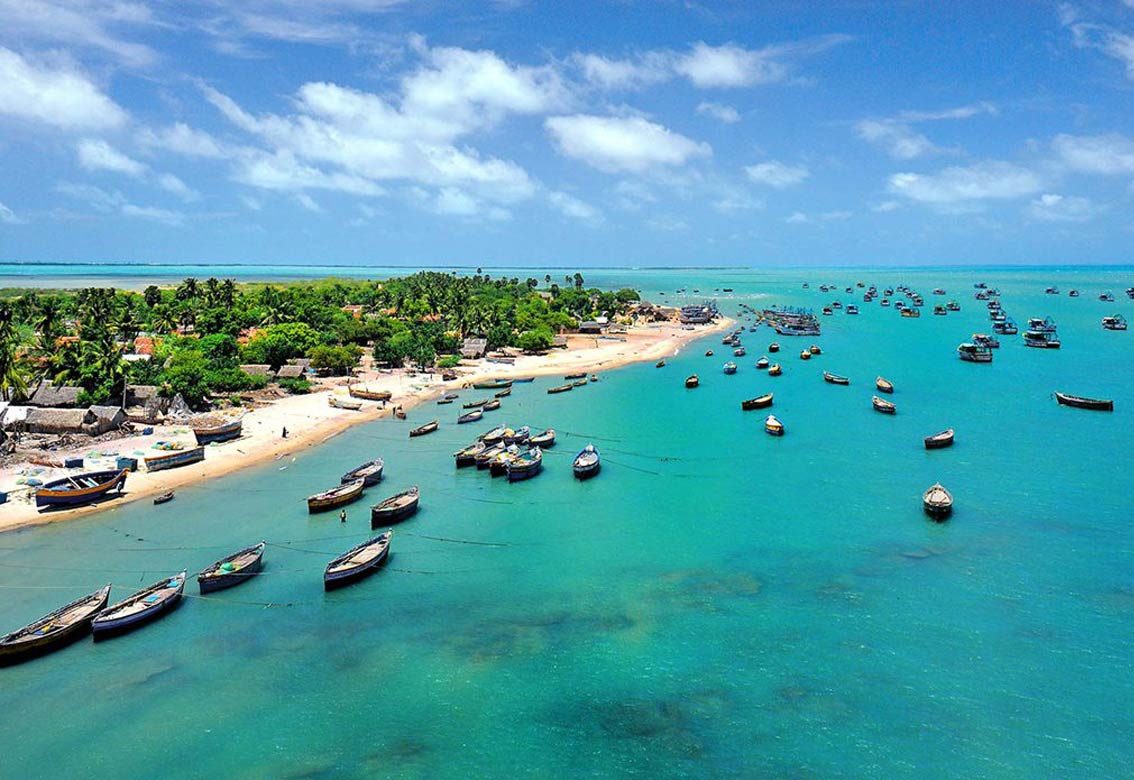 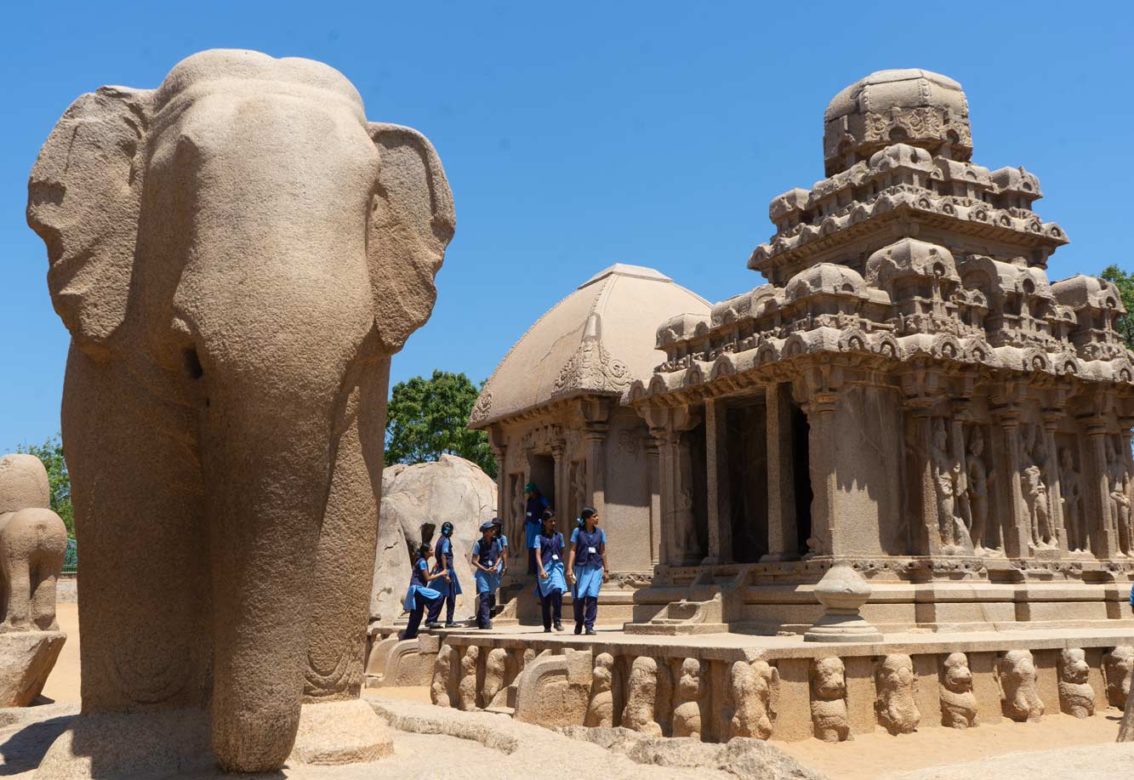 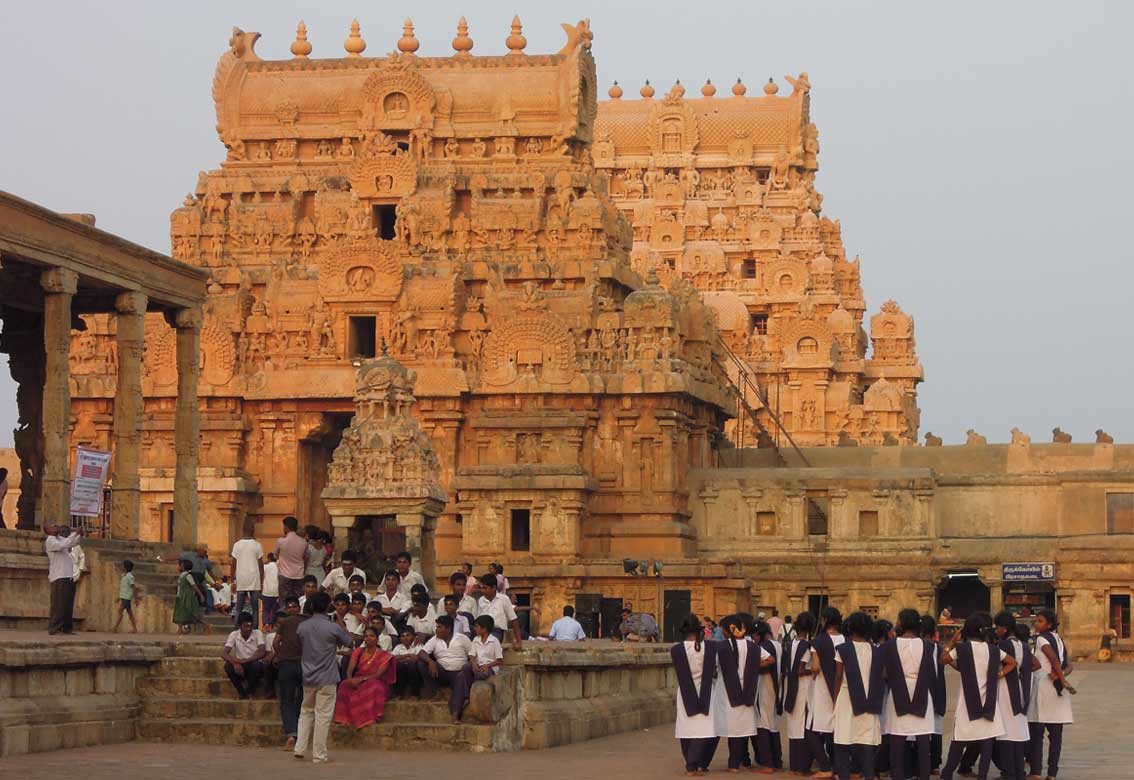 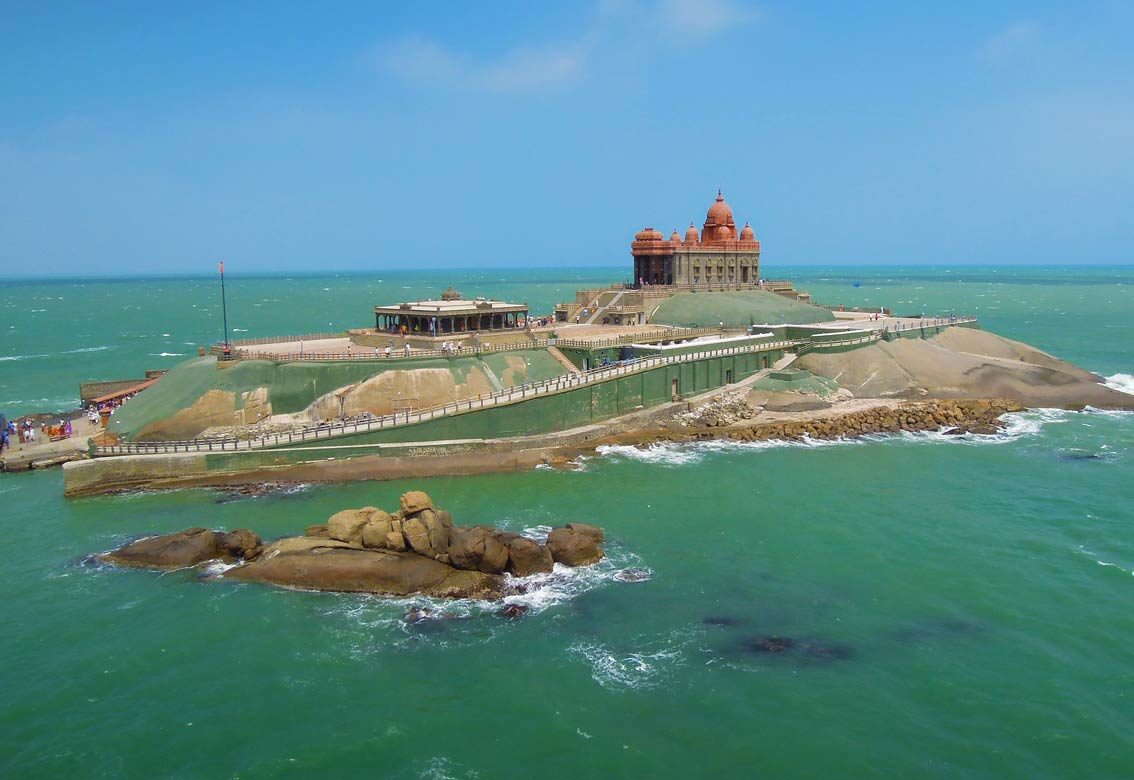 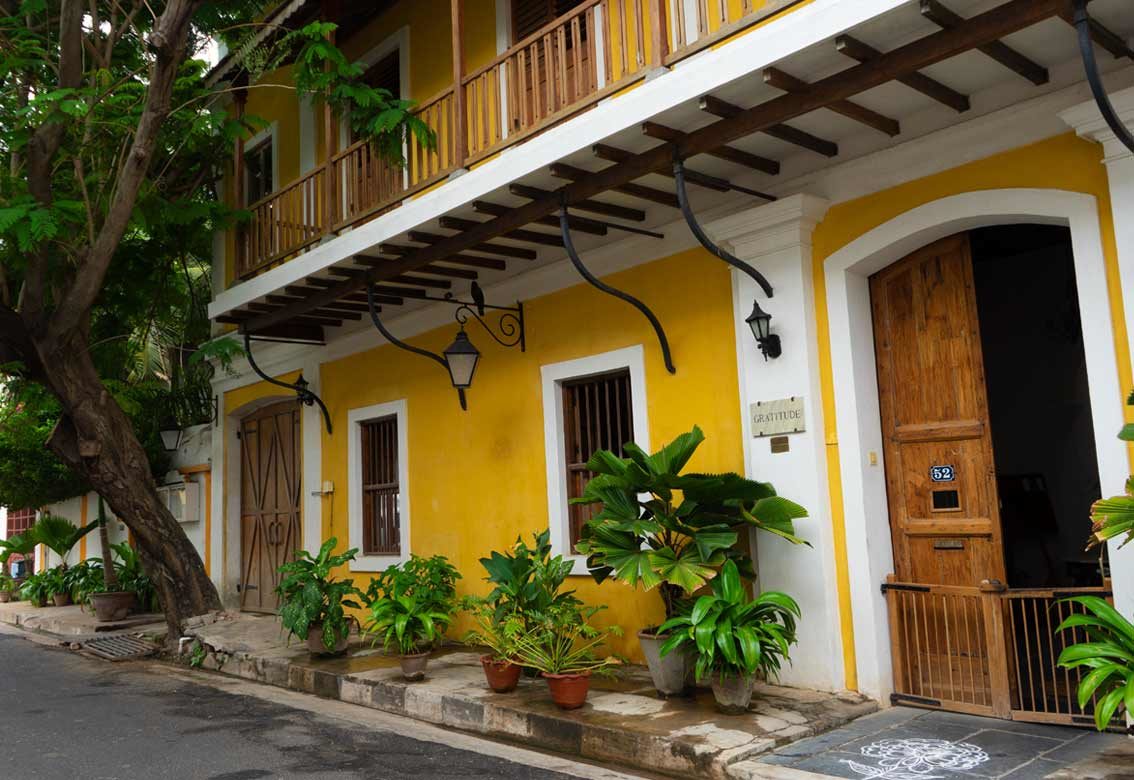 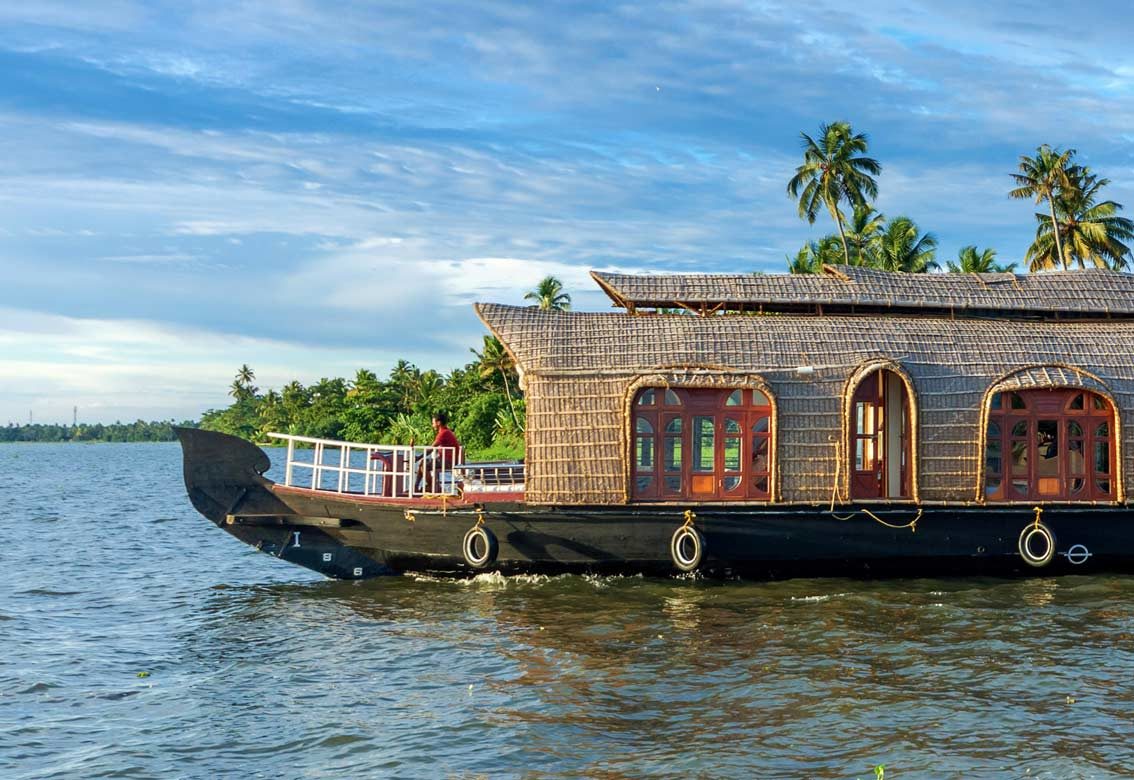 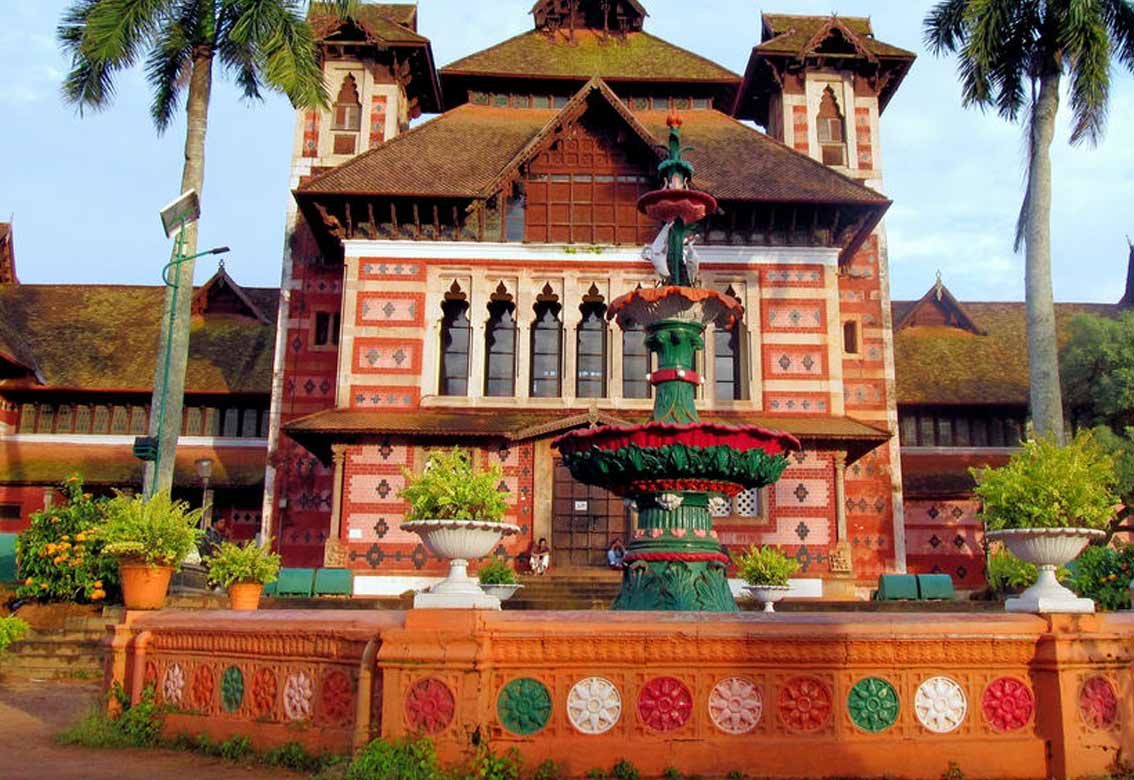 Journey along the coastal road of Tamil Nadu and Kerala, to meet two millennial cultures … For lovers of ancestral monuments and Indian culture.

This 20-day itinerary takes us from Chennai (Tamil Nadu) to Kochi (Kerala) by the coastal road. A journey to meet two of the most ancient cultures of South India. In Tamil Nadu, we will visit grandiose temples, masterpieces of Dravidian art and observe their ancestral rituals. In Kerala, we will meet lush and preserved landscapes and sail peacefully through the Alleppey backwaters… 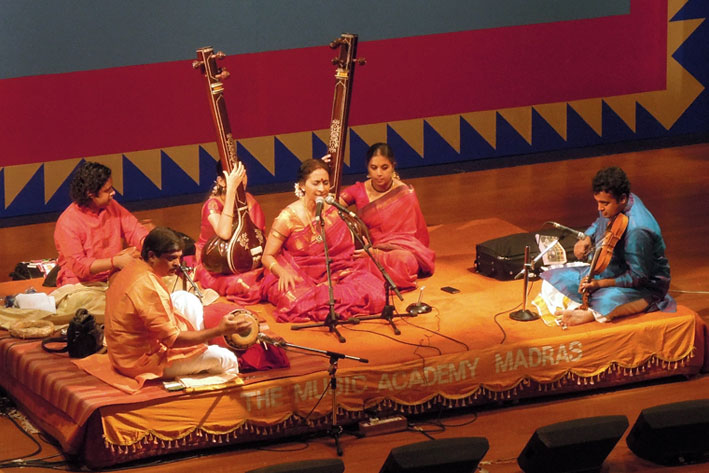 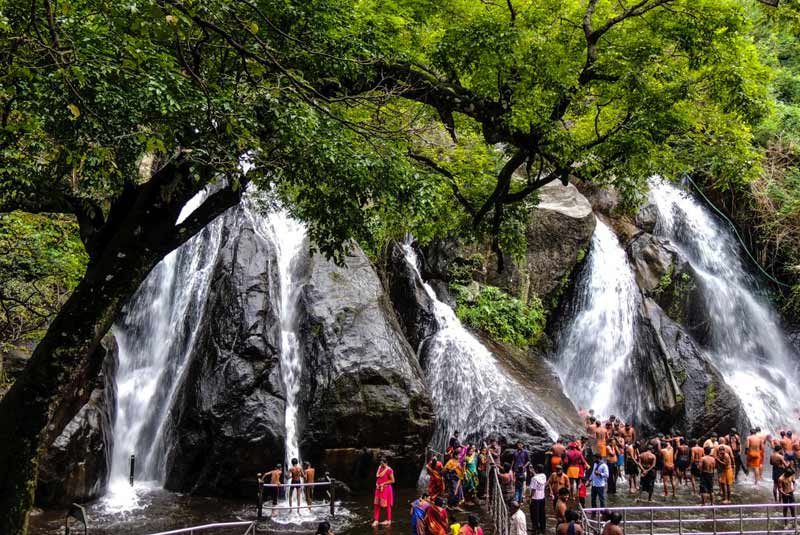 Journey to the heart of the Western Ghats mountains from Trivandrum (Kerala) to Coimbatore via Courtallam, Madurai, Kodaikanal and Ooty. A smooth journey, punctuated by Ayurvedic treatments.
12 days 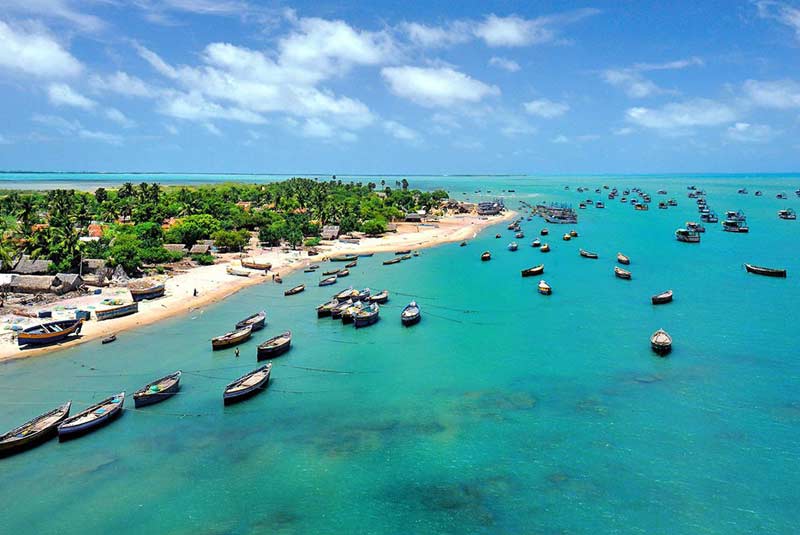 Tamil Nadu to Kerala by the coastal road €2500

Vanakam! We warmly welcome you at the Chennai airport and drive you to your hotel. Overnight in Chennai.
Day 2

We start this first day dedicated to Chennai by visiting its most famous temples: Kapaliswarar, Thiruverkadu Karumari and Kalikambal. In the afternoon, we carry on the visit of the city with the Mount St. Thomas and Santhome Cathedral. Mount St. Thomas is the presumed place of martyrdom and death of the Apostle St. Thomas, it is a high place of pilgrimage assiduously frequented by the Christians of India.  A small church built in the 16th century - erected at the very place where the Apostle St. Thomas was murdered - houses a cross called 'St. Thomas' which is the oldest known. Overnight in Chennai.
Day 3

Departure for Mahabalipuram, a seaside resort classified Cultural Heritage of Humanity by UNESCO for its spectacular temples and frescoes carved into the rock. On the way, we make a small detour to visit the four largest temples of Kanchipuram, the golden city of Tamil Nadu. We arrive in Mahabalipuram in late afternoon just on time for a nice swim in the sea or in the swimming pool of the hotel. Overnight in Mahabalipuram.
Day 4

Mahabalipuram, wonder of the Pallavas kings

This day is dedicated to the visit of the splendid monuments of Mahabalipuram, which begins with the 'penance of Arjuna', a beautiful fresco also known as 'the descent of the Ganges'. Then we will discover the various temples all around, not to forget the Pancha Pandava Rathas, the 'five chariots' and the temple of the shore, one of the first monuments built on the site of Mahabalipuram, precursor of the later dravidian architecture. Overnight in Mahabalipuram.
Day 5

After breakfast, we leave for Pondicherry, a most pleasant stop on our way. After checking in at your hotel, we will walk by the sea and do some shopping to soak up the atmosphere of the city. Overnight in Pondicherry.
Day 6

Pondicherry, a peaceful stop on the Chennai-Madurai road

This day is dedicated to the visit of Pondicherry: we will stroll through the colourful streets of the French Quarter and visit the Ashram Sri Aurobindo, an emblematic place of Pondy, then discover the Tamil quarter and its very specific architecture. We will not miss visiting the market Goubert, a feast of colours and fragrances. Overnight in Pondicherry.
Day 7

We will continue to visit Pondy and its surroundings and in particular the city of Auroville - or the 'city of dawn' - which is a place of research on human unity thought by the Mother, the spiritual companion of Sri Aurobindo. The idea was to build a futuristic city where people could live together in peace and harmony, beyond all beliefs and nationalities. Mid-day, we will go to the beach southern Pondy aptly named 'Paradise beach'. Overnight in Pondicherry.
Day 8

Departure for Thanjavur (Tanjore). En route, we will first visit Chidambaram, one of the most sacred temples in South India and dedicated to Shiva as a cosmic dancer (Nataraja). It is one of the few temples where Shiva is represented with an anthropomorphic statue rather than the classic lingam. We will then go to Gangaikondacholapuram and Darasuram, splendid ancient temples built by the Cholas kings dynasty. Overnight in Thanjavur.
Day 9

On the morning, we will first visit the temple Brihadiswara of Thanjavur classified World Heritage of Humanity. At the entrance of the temple, a colossal monolithic of Nandi (sacred bull and vehicle of Shiva) welcomes the visitor; it weighs nearly 25 tons. After lunch, we will take the road towards Madurai. Arrival in Madurai in the late afternoon. Night in Madurai.
Day 10

Madurai, city of the goddess Minakshi

This day is dedicated to Madurai and the visit of its famous temple housing the goddess Minakshi. A city within a city, this 6-hectare temple was built between the 12th and 18th centuries and has no less than 12 gopurams-towers decorated with stucco sculptures of deities and mythical animals, painted in bright colors. These towers can reach up to 52 meters in height. It is estimated that this sanctuary contains more than 30,000 statues. The wonder of this temple is its room with a thousand colourful pillars reconverted into a museum. Overnight in Madurai.
Day 11

Departure for Rameshwaram, one of the highest spiritual places in India. Rameshwaram is an island located in the Gulf of Mannar spread over an area of ​​more than 60 square kilometers. According to legend, this island was the place where the god Rama made offerings to the god Shiva to purify himself after killing the demon king Ravana. Overnight in Rameshwaram.
Day 12

Rameshwaram, the island of Lord Rama

This day is dedicated to the visit of Rameshwaram and its 1008 pillars ancient temple. Inside the temple, we will make the pilgrimage of the 22 sacred wells. After lunch, we will wander through the fishing villages and we will go to Dhanushkodi, located at the eastern end of the island. There, the waters of the Bay of Bengal and the Indian Ocean meet. A bath at this place is considered very auspicious by Hindus. Overnight in Rameshwaram.
Day 13

Departure for Kanyakumari which is at the southern end of India where the Arabian Sea and the Indian Ocean meet. The place is named after the goddess Devi Kanya Kumari, a form of Parvati. The town is mainly a holy place for Hindus because of its Bhagavathy Kumari temple and its connections with Swami Vivekananda, Mahatma Gandhi and the sage Agastyar. On the way, we will stop at the Tiruchendur temple located on the beach of the same name, a high pilgrimage place dedicated to the Hindu god Murugan. Overnight in Kanyakumari.
Day 14

Kanyakumari, marriage of the Arabian Sea and the Indian Ocean

We will start the visit of Kanyakumari with the Vivekananda memorial which is located on a rock about 500 meters from the coast. It is accessible by ferry. It was built in honor of the visit of the spiritual master Swami Vivekananda in 1892. Right next to the Vivekananda Memorial, stands a huge stone statue, erected in honor of the Tamil poet and philosopher Thiruvalluvar, author of Thirukkural. The Thirukkural is a literary work containing rhyming couplets that gives various teachings on how to lead a harmonious existence. Back on the mainland, we will visit the Devi Kanya Kumari Temple, an avatar of the goddess Durga in the form of a teenager. She is the goddess of Sanyasa (renunciation) and penance. Near the Amman Temple is the Mahatma Gandhi Memorial; Gandhi visited Kanyakumari in 1925 and 1937. Some of Gandhi's ashes were preserved there before they were immersed in the Indian Ocean. Overnight in Kanyakumari.
Day 15

Kanyakumari - Kovalam via the Padmanabhapuram Palace

Departure for Kovalam, our first stop in Kerala. En route, we will stop and visit the magnificent Padmanabhapuram Palace, a perfect example of Kerala architecture. Padmanabhapuram is the ancient capital of the kingdom of Travancore. Arrival in Kovalam, check in a hotel overlooking the beach. Overnight in Kovalam.
Day 16

After breakfast, we will leave for the coloured harbour of Vizhinjam near Kovalam. The Portuguese and Dutch had established their trading there. In the afternoon, we will go and see the Sri Padmanabhaswam temple (from outside only), then we will visit the Indo-Saracenic-style Napier Museum which houses a rare collection of archaeological and historical artefacts and also contains a art gallery which, exhibits works of the famous Indian painter Raja Ravi Varma and the no less famous Russian painter, Nicholas Roerich. Night in Kovalam by the sea.
Day 17

Departure for the city of Alleppey known for its backwaters. The 'backwaters' are among the typical landscapes of Kerala. These are a series of lagoons and lakes of brackish water parallel to the Arabian Sea. They are the main tourist attractions of Kerala. You will board one a Kettuvallom, a traditional Kerala boat for a romantic night in the lagoons. Night aboard a Kettuvallom.
Day 18

Kochi (or Cochin), known as the “gateway to Kerala”, has that special eclectic atmosphere of cities that have been exposed to a variety of outside influences over the centuries. Past influences are reflected in much of the heritage that visitors enjoy in Kochi, from Chinese fishing nets and Dutch palaces to synagogues and Baroque churches. After check in at the hotel, visit the main places of interest of the city: the port and its Chinese nets, the church of Saint Francis, the Basilica of the Holy Cross, the Folklore Museum of Ernakulam, the Mattancherry Palace and the Paradesi Synagogue in the Jewish city. Overnight in Kochi.
Day 19

After breakfast, we will head for the peaceful village of Chendamangalam, 35 km from Kochi where beautiful monuments await us: the synagogue of Chennamangalam, a real gem, and the Paliam Dutch palace, home of the former ministers. On our way back to Kochi, we will stop at the factory of dotis and saris. In the evening, we will attend a show of Kathakali, one of the eight classical dances of India. Overnight in Kochi.
Day 20

End of the trip

We Drop you off at the airport, end of the trip. Looking forward to meeting you again. Vanakam! 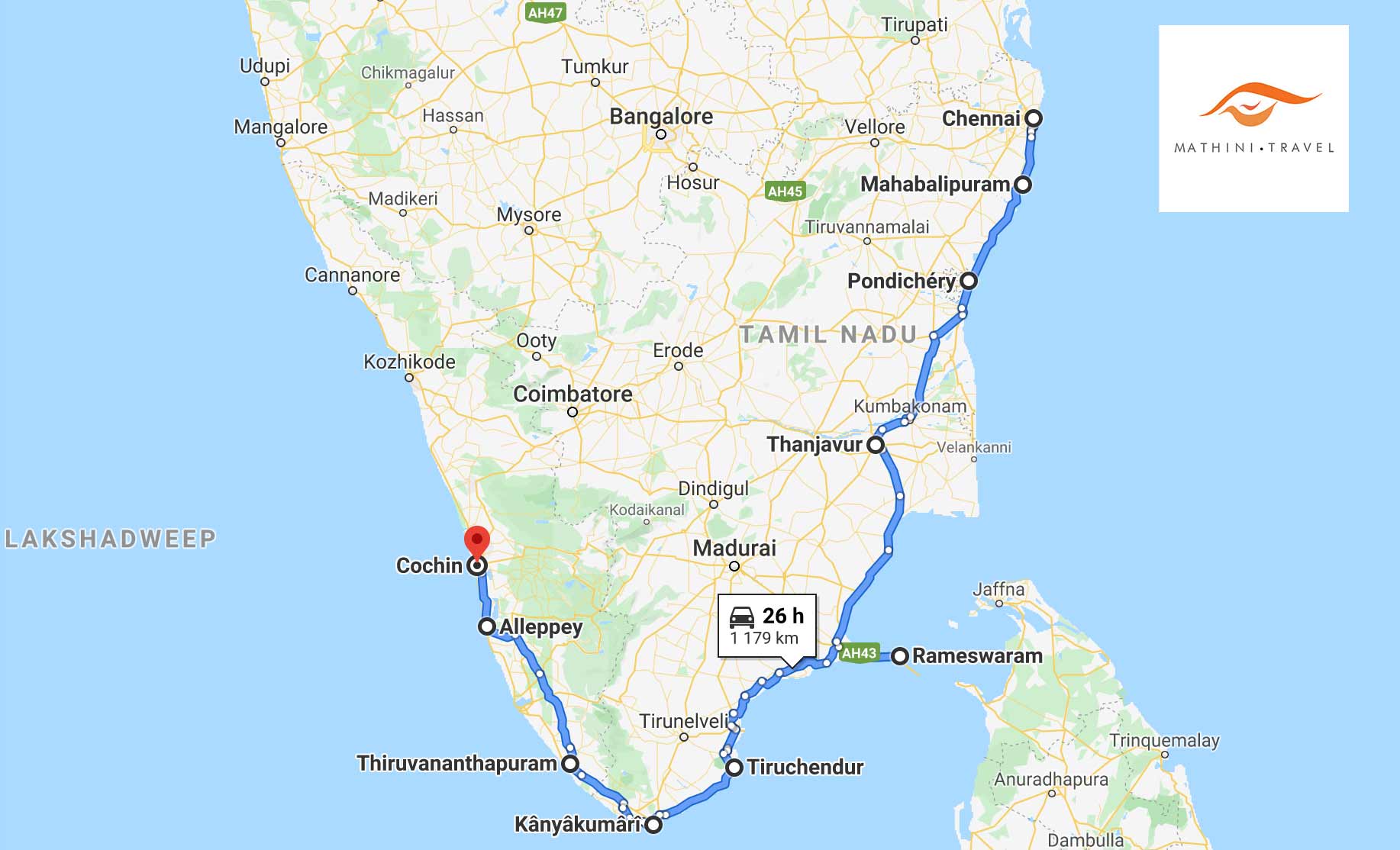