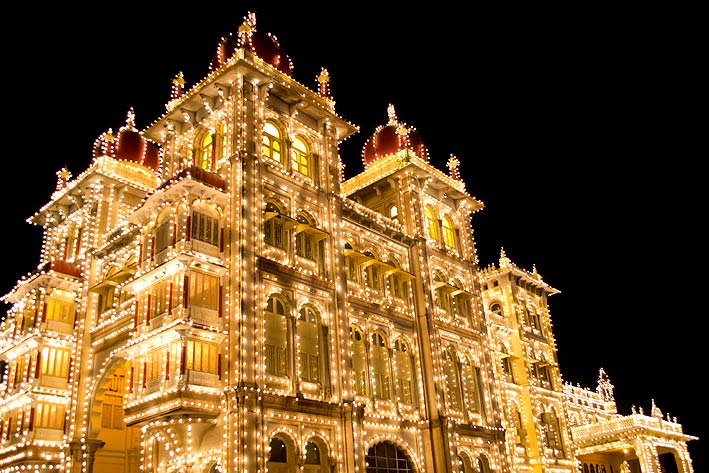 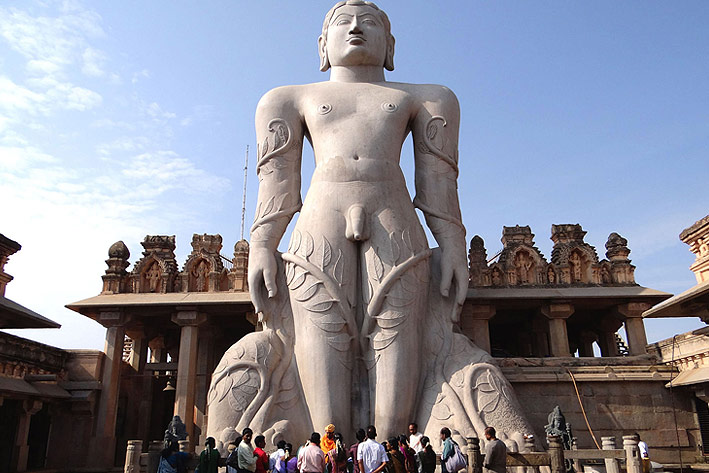 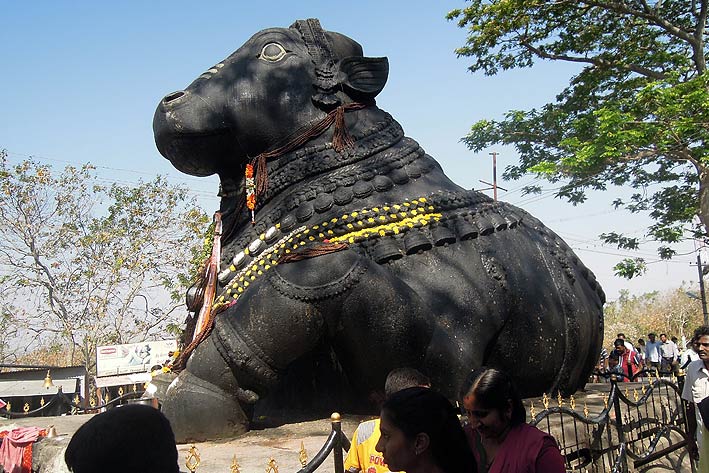 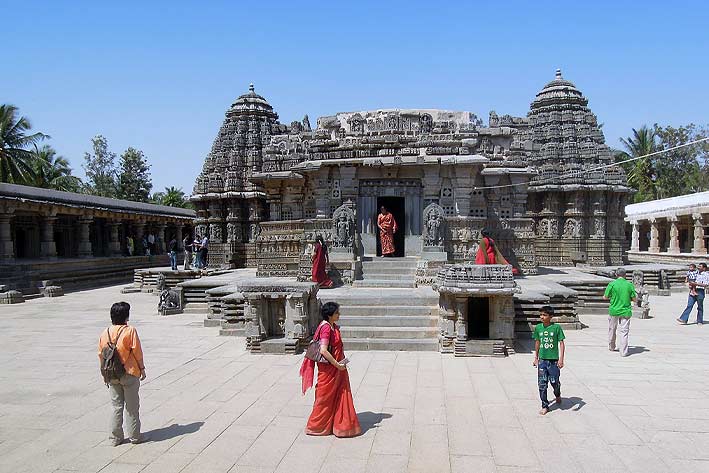 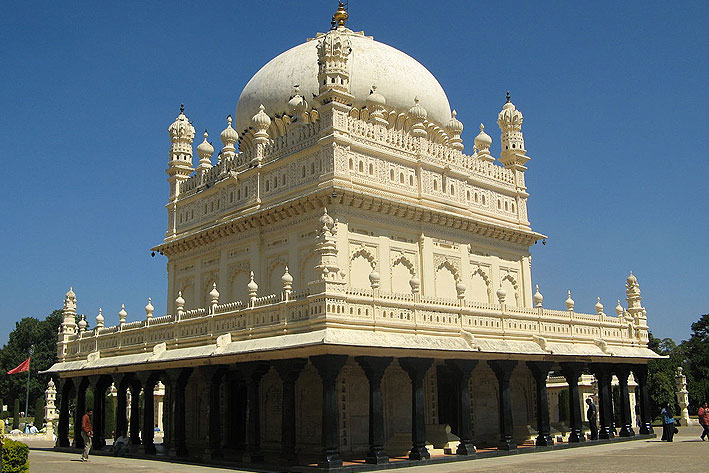 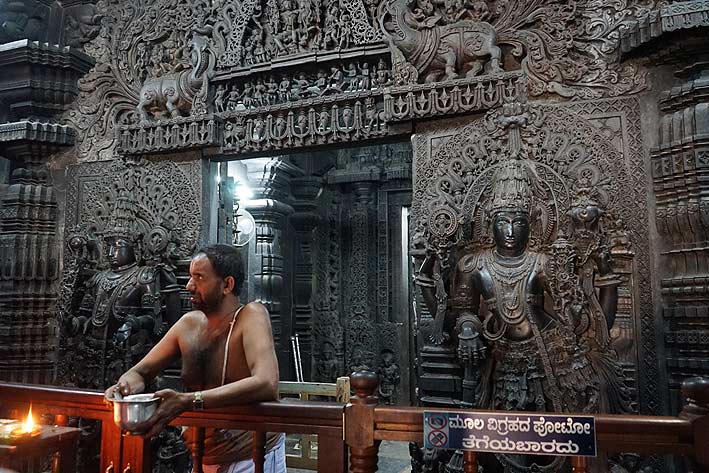 This 6-day trip introduces us to the architectural wonders of eastern Karnataka, mainly the masterpieces of the Hoysala kings with a stop in the peaceful city of Mysore which houses a fairy-tale palace.

We will begin this trip from Bangalore, the capital of Karnataka, and after visiting its main sights, we’ll head to Mysore for a two-day stay with a stop at Somnathpur, an architectural marvel of the Hoysala rulers.  After visiting Mysore, we will proceed to Srirangapatnam, a rocky island formed by the sacred Cauvery rivers, which was the citadel of the Mysore Kingdom for several decades.  Then, in Shravanabelagola, we will meet the giant of Karnataka: Gomateshwara, the guardian of the Jain faith.   The last leg of our trip will be devoted to two other architectural masterpieces of the Hoysala kings: Beluru and Halebidu. 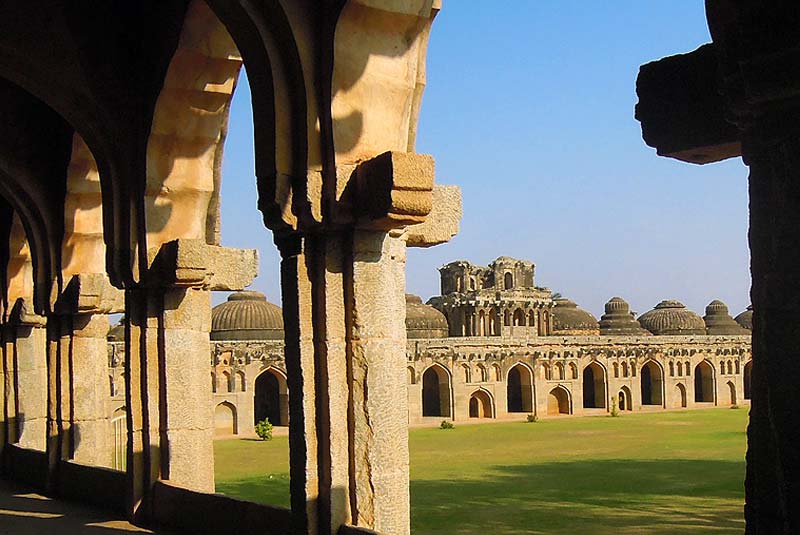 Hampi and wonders of the north €850

This journey, which begins in Goa, takes us to various architectural wonders of northern Karnataka (Badami, Pattadakal, Aihole and Vijayapura) and the grandiose site of Hampi, the city of Vijayanagara kings
7 days 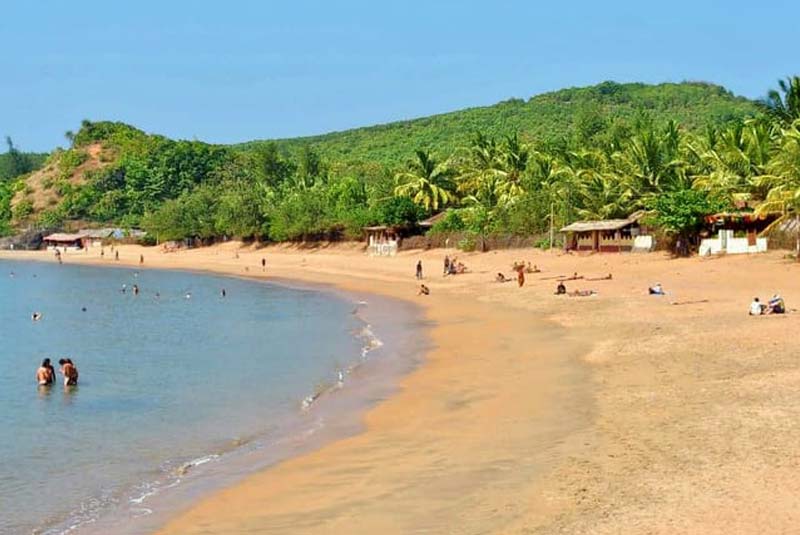 Journey along the beautiful Karnataka coastal road from Mysore to Goa with a first stop in the lush hills of K􏰿odagu (Western Ghats) then the visit of Mangaluru, Udupi and Gokarna.
6 days 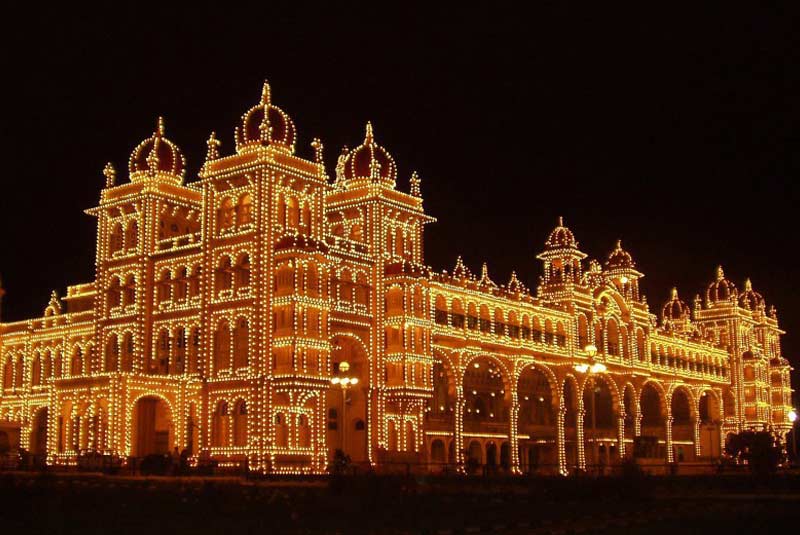 10-day journey to discover the unparalleled heritage of Karnataka. From Bangalore, capital of Karnataka, to Mysore, the city of the Maharajas, from the splendid temples of the Hoysala kings to the giant of Shravanabola.
6 days
Day 1

Arrival in Bangalore, capital of Karnataka

We warmly welcome you at the Bangalore Airport and drive you to your hotel. Bengaluru (formerly Bangalore), capital of Karnataka, is known as India’s Silicon Valley. This resolutely modern city enjoys a temperate climate and its many parks have earned it fame as the Garden City of India. Overnight in Bangalore.
Day 2

We will begin the visit of the capital of Karnataka with the temple Basavanagudi Nandi or 'Bull temple', one of the oldest temples of Bengalore which houses a huge monolithic of the bull Nandi, the vehicle of the god Shiva. It is one of the largest Nandi in India. Just next to the Bull temple stands the imposing statue of the elephant-headed god Ganesha. This temple was built by Kempegowda I, the founder of Bangalore. We will then visit Tipu sultan's palace dressed in red, black and gold, a fine example of Indo-Islamic architecture. We will go and see from outside the 'Vidhana Soudha', the state parliament of Karnataka and 'Attara Kacheri' which houses the court of justice. overnight in Bangalore.
Day 3

We leave for the peaceful city of Mysore. En route, we will stop at the splendid 13th century temple of Somnathpur built on a surprising star-shaped base with its inner pillars turned, one of the characteristics of the Hoysala style. Arrival in Mysore for lunch. Check in at the hotel. Overnight in Mysore.
Day 4

We start visiting Mysuru with its palace, one of the most beautiful in India. The construction of this Indo-Saracenic building was commissioned in 1897 by King Krishnaraja Wodeyar IV to the British architect Lord Henry Irwin. The illumination of the palace on Sundays and holidays, is fairy-like. We will continue the visit with the vibrant market of Devaraja, which dates back to the time of Sultan Tipu and offers travellers a real feast of colours and fragrances. In the afternoon, we will leave for the Chamundi Hill. Halfway up stands the statue of the bull Nandi, the 'vehicle' of the god Shiva. Built almost 350 years ago, it is one of the largest monolithic of Nandi in India. The Dravidian Chamundeshwari Temple stands on the top of the Chamundi Hill. It was named after the Hindu goddess Chamundeshwari, a form of Durga. Back to Mysore. overnight in Mysore.
Day 5

We take the road towards Hassan. En route, we will stop at Srirangapatna, a rocky island formed by the sacred river Cauvery, which was the citadel of the kingdom of Mysore for several decades. It is home to Ranganthaswamy Temple and the Gumbaz, the mausoleum of Tipu Sultan. After visiting the island, we will leave for Shravanabelagola, one of the major sites of Jainism. On Vindhyagiri Hill, 130 meters above sea level, stands Gomateshwara, an impressive 18-meter high granite statue. Built in 981 AD, it is considered one of the largest monolithic stone statues in the world. Arrival in Hassan where we will spend the night.
Day 6

Departure for the last leg of our trip where we will visit two architectural masterpieces of the Hoysala kings: Beluru and Halebidu. Beluru was the early capital of the Hoysala empire. The main attraction of the city is its Chennakeshava Hindu temple which, like Somnathpur, reflects the excellence and ingenuity of the Hoysala kings. As for Halebidu, it was the capital of Hoysala in the 12th and 13th centuries. The finesse and profusion of the sculptures of this temple are pure enchantment; each statue is unique. Return to Bangalore in the evening. End of the trip. Looking forward to meeting you again.