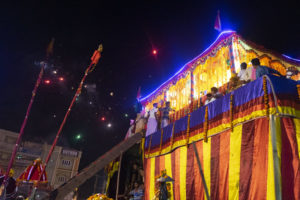 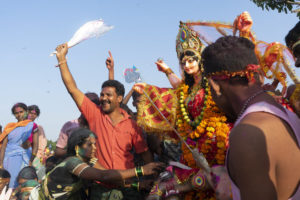 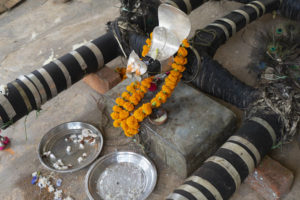 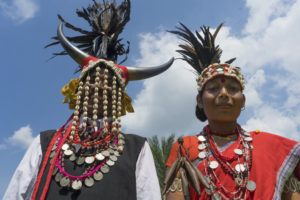 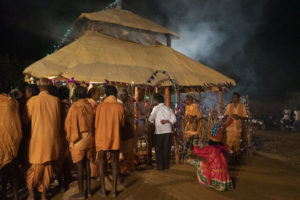 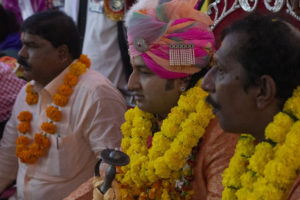 A 8-day trip which combines the discovery of Bastar, its culture and its historical sites with the eccentric festival of Dussehra.

Another peculiarity of Bastar is its Dussehra festival. Unlike the common festival of Dussehra, which is generally linked to the Ramayana (the great Hindu epic), here instead of celebrating the defeat of the demon-king Ravana, the Adivasi communities pay homage to the goddess Devi Danteshwari, the tutelary deity of the Bastar.

Another difference is that the Dussehra festival in Bastar lasts 75 days, instead of one day, making it one of the longest running festivals in the world.  It includes various religious rituals, chariot processions, songs and trance dances; it is a totally unique festival in India, a mixture of Hinduism and indigenous traditions. 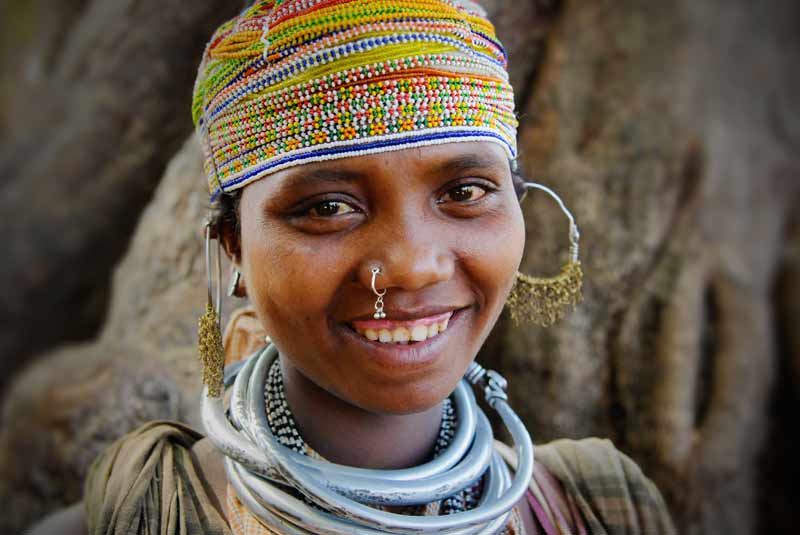 A 17-day journey for the more adventurous among you, to the heart of the aboriginal people of Odisha and Chhattisgarh! An unforgettable trip to two of the wildest region of India ! A…
17 days 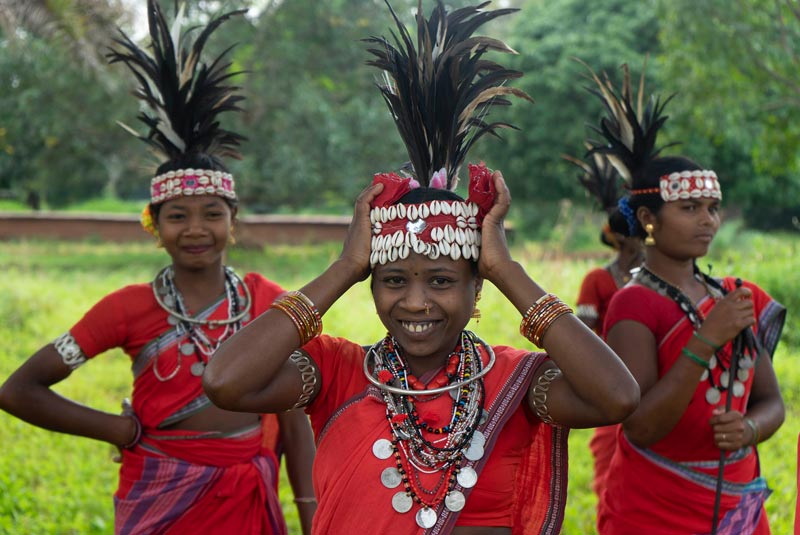 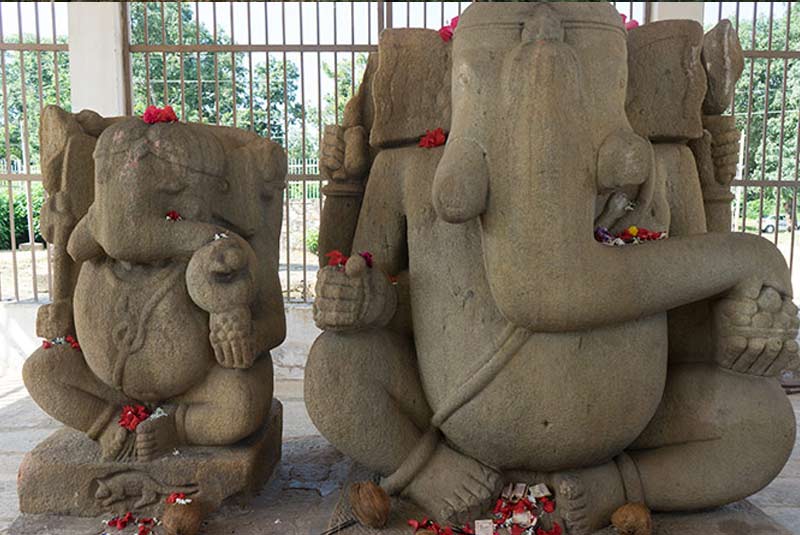 Namaste! We warmly welcome you at the Raipur airport and then head straight to Jagdalpur, the administrative district of the Bastar region.
Day 2

After breakfast, we will leave for a small hamlet lost in the middle of the forest and inhabited by the Dhuruwa community. We will stay there all day to discover the village, its inhabitants, and local traditions. The delicious meals will be cooked on site with local products and, perhaps you will be tempted by the red ant chutney accompanied by some adivasis 'beverages'. Evening around a campfire. Overnight in the village.
Day 3

This day will be dedicated to visiting several temples and cultural sites of Dantewara (south of Bastar) such as the famous temple of the goddess Danteshwari and the archaeological site of Bansoor with its magnificent twin statues of Ganesha. On the way back to Jagdalpur, we will stop in an adivasi village to attend the fascinating 'bison dance' performed by the Dandami Madiya community. Overnight in Jagdalpur.
Day 4

The region of Bastar is dotted of small villages known for their elaborate craftsmanship. We will dedicate the day to the meeting of master craftsmen of dhokra (brass work) and lohshilp (iron work), as well as potters. Return to Jagdalpur in the late afternoon.
Day 5

After a delicious breakfast, we drive to the Kanger National Park where you can admire the majestic waterfalls of Tirathgarh. We will spend a few hours swimming there and have our picnic in front of this magnificent panorama. After this enchanting time, we will visit the Kotumsar and Kailash caves, considered the second longest natural caves in the world. Return to Jagdalpur to attend the frenetic festival of Dussehra. Overnight in Jagdalpur.
Day 6

In the morning, we drive 50 km towards the beautiful Chitrakote waterfalls, sometimes called 'the Niagara Falls' of India. Along the way, we will stop to stroll through an adivasi (haat) market and visit the Nayaranpal temple. Lunch will be taken in front of the Chitrakote waterfalls. Return to Jagdalpur for the festival. This will be the day when the big six-wheeled wooden chariot will be pulled by a hundred men in the streets of Jagdalpur in an ecstatic atmosphere. Overnight in Jagdalpur.
Day 7

A relaxing day to hang out in adivasi markets (haats) and do some shopping. On the way back, we will visit several temples as well as the Anthropological Museum and the Jagdalpur Palace. We will then spend the rest of the day at the festival and may meet the Maharaja of Bastar there. During the evening, we will attend the last night of the festival. Overnight in Jagdalpur.
Day 8

Return to Raipur. End of the trip. Looking forward to meeting you again. Namaste. 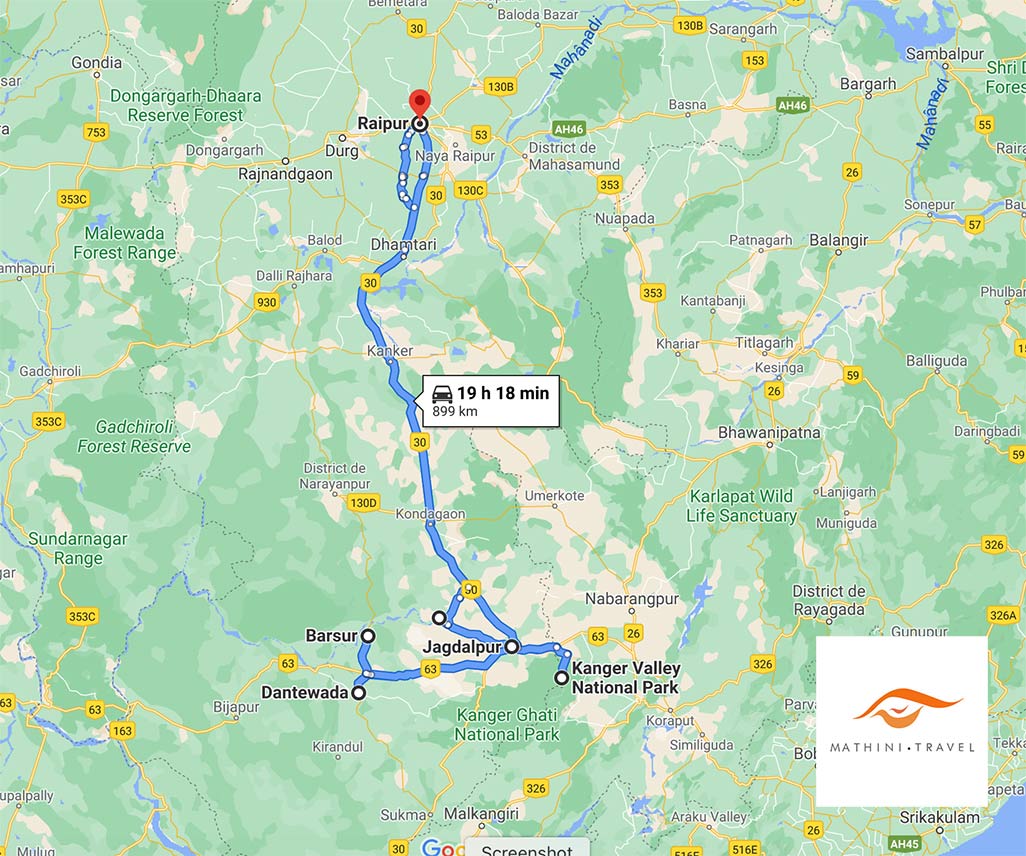